A downloadable game for Windows, macOS, and Linux

Keen is a sliding puzzle game with turn-by-turn tactical combat and a hint of adventure!

"Keen is not a bad idea."
-- Steven Hansen, Destructoid

"It might just be the hidden gem that you didn't know you were looking for!"
-- Amy Graves, Square Enix

"Quite interesting. I like it very much!"
-- Piotr Iwanicki, SUPERHOT

Guide Kim, a grumpy little girl raised by her grandmother to save the world on her journey to stop an evil corporation from destroying her village.

Innovative controls and fluid gameplay allow players to choose their own pace, whether fast as a hack'n'slash or methodic as chess.

It's fresh gameplay to a classic genre - moving and attacking are the same thing!

In a remote village where everyone is given a specific role, Kim was chosen as their guardian. Peace reigned for centuries, and the warrior role was a mere tradition tracing back to ancient times of conflict.

Soon after Kim turned twelve, a distress call was sensed by her trainer - her own, adorable grandmother - who ordered her to protect the village against an impending attack .

Kim was sent to fight without even knowing what violence was. Following a trail of brainwashed minions and high-tech robot soldiers, she would soon find herself in the middle of a world-domination plot carried on by an evil corporation.

Keen's main innovation lies in its turn-based movement and attack mechanics. Slide our tiny hero vertically and horizontally to move her around puzzly rooms, or to slash through enemies with her mighty blade. Combat relies on precision-planning of enemy placement - a fresh take on the tactics genre.

Keen art is all about immersion. Hand-drawn, detail-rich worlds with occasional visual gags aim at telling a story without using words. We're crafting our assets to be as tasty as possible!

Download and play the current pre-alpha demo with 15 to 30 minutes of gameplay (depending on the player's skills). We are asking for your support to make it a full game as described by the key features above.

All the resources you provide – after due taxes – will go entirely to the development of the game: cool art and animation, amazing levels, polished programming and epic music.

What happened to this game? Is it ever going to be finished?

Funny story it's actually done you can find it on steam and the Nintendo switch store, I don't know why the developer never bothered letting anyone on itchi.o know vwv;;

I actually just found out a few days ago myself hope this helped. :3

Hello Cat Nigiri long time since I ventured into the Necrosphere but, we are back baby playing another game of yours! Keen where do I begin? I hate puzzles but, somehow you managed to make a game that even a puzzle hater can grow to love and, crave more of! It's cute! It's Relaxing! It's just down right an enjoyable experience!

The last level is quite tricky, eh! Glad you enjoyed it all the way through the end.

a great game that i enjoyed thoroughly

Hya! Hya! Thanks for the video lightning1290, We're happy you enjoyed it.

I finished the game, I really enjoyed it and look forward to the full version. Gameplay video is online now.

That was an amazing video, FellowPlayer! Your accent made it even better. Lovely.

Thanks for the video! We hope you had fun with the challenge! =D

This game was awesome! The sliding mechanics for battling and puzzle solving were so unique and fun!

Thanks for the video and the cheers/support. You guys are amazing!

The FINALE to this awesome game ! Make sure you check out the developers ! they need the support Bro ! AWESOME video LOL my commentary is a little rusty though.

Thanks for the FINALE! Woot!

I loved the art style to this game, I expected a boring puzzle but after getting on and playing for myself, was a FREAKING blast man the whole battle system, you having to play your cards right to avoid certain situations of certain death on the horizon haha, but I mean can't go wrong, with cute anime style puzzle game :3 thank you guys for the experience and I love the game, this game should go far I expect it! Hope you guys get it done soon! I wish yall all luck! here is my experience!

Thank you so much for the review and the support!

Hey np you deserve it :) an amazing game, I'd love to see what else you do to it thank you for the experience an honor for me playing the game!

I refuse to believe this is a demo. Yes, it's short, but it plays so solid that there's no way this is only a demo!

Okay, focus on the review. The concept of this game is pretty straight forward, but the complexities of having to calculate moves while not getting hit makes this as much a puzzle game as it is an action game. The graphics are stunning; the amount of detail and quality of the models is very impressive. The sound effects and music are great, the controls obviously easy to learn.

Good luck on funding, I think this game's going to be a hit!

We really –– really –– appreciate your review. Can't thank you enough for all the good words and best wishes! =D

Beautiful polish! Love the music and the presence of secrets!

Thanks for the support Iwan! GRAAAINSS!!

This girl is BAD ASS, not as much as I though LOL Those zombies aint shit though, they only killed my once you hear me !

Woot! Thanks Blackfist! We'll be waiting for you next videos!

Hey guys, lovely to see KEEN again.
Best of luck with getting funded!

Thanks, folks! We'll get you in the loop as soon as we start the campaign!

I absolutely adore the art style you've chosen! Of course, the game itself sounds interesting as well, but the art style is what really caught my eye. (I almost feel like I have a strange sort of fascination with hand-drawn art). Anyway, I really hope Keen gets fully funded because I would love to see this make its way onto a major digital store front. Good luck with everything! :D

Awwwww! Thank you so much, Tragedy. Frango –– our main artist/animator/jack-of-all-trades –– really appreciates the compliment. We'll keep you in the loop with some news shortly.

Hahahah! You're really fun to watch, Ramiro. Thank you for the appreciation. Our gothic-lolly-ninja bows in honorable deference to your great display.

Your welcome and thank you for making and awesome game!! loved playing it and mostly because i like games that have puzzle solving and adventures alot!! Hope everything work well for you guys and this awesome game 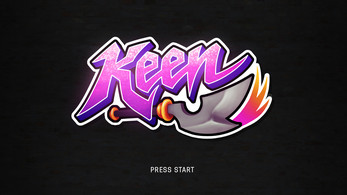 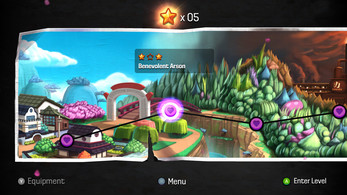 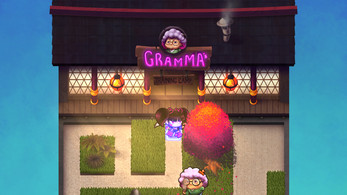 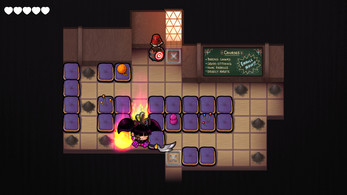 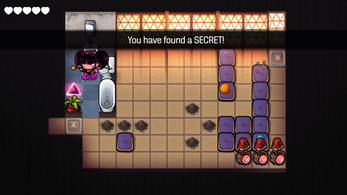 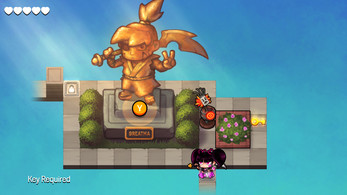 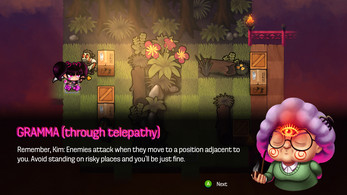 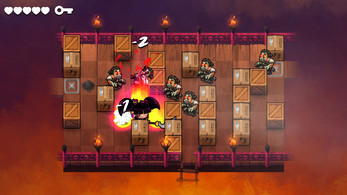 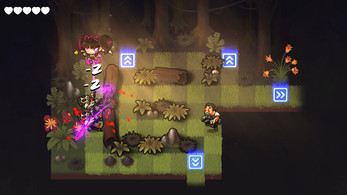 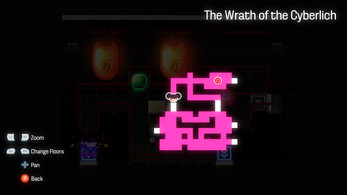 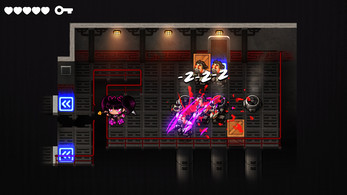 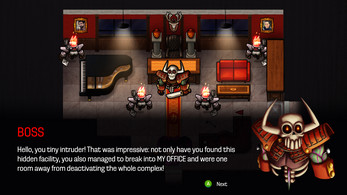